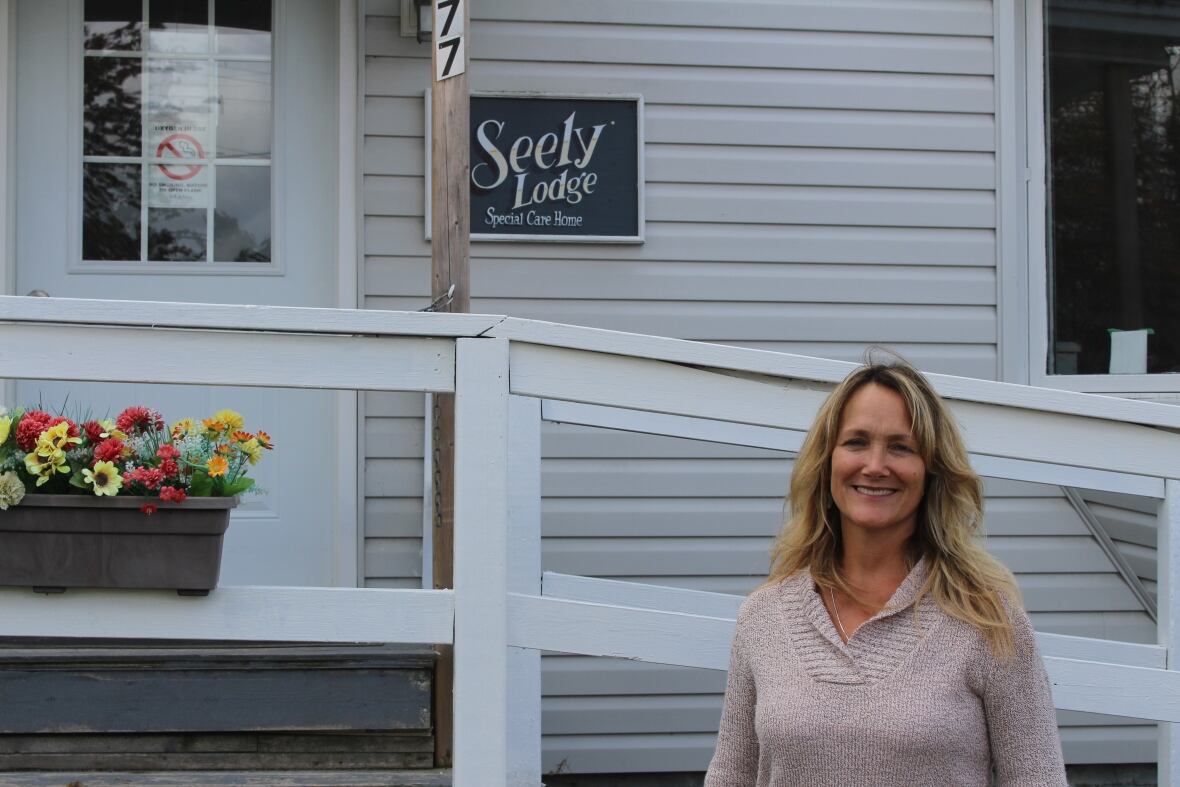 Special Care Week posted by NBSCHA 04 May
Education Minister Dominic Cardy had some strong words for those who work in long-term care homes who haven't been vaccinated — get the shot and do it now.
"I want to call on any long-term care workers who have not yet received their vaccine to consider the lives of the people you care for each and every day, not abstract Facebook pages filled with conspiracies and foolishness, but real, live people," Cardy said during Tuesday's COVID briefing.
He prefaced his comments by mentioning the deaths of two residents of a special-care home in Grand Falls on Sunday.
Denise Levesque was one of those. Her granddaughter, Denise Miller, said she was furious that so many long-term care workers still aren't vaccinated.
Cardy said it's important for society "to take every measure possible" to protect its most vulnerable residents.
"Right now, that means one thing — get vaccinated and get vaccinated as soon as you're allowed," he said.
"For those folks working in those special care homes, this is the best thing you can do to protect those people who depend on you every day."
To keep them safe, Cardy said it's "crucial" for workers to get vaccinated.
But the groups who represent many of those homes and the people who work in them say the issue is more complicated than people simply refusing the vaccine.
Sharon Teare, president of the New Brunswick Council of Nursing Home Unions, which represents workers in 51 of the province's nursing homes, said most workers are willing — some just don't have easy access to clinics.
At the moment, workers in long-term care homes have to register through their regional health authority, and sometimes that means travelling an hour and a half to a clinic.
Local pharmacies are restricted to eligible age groups only, not priority groups determined by the province. So until a worker's age group becomes eligible, they have to go where the Horizon or Vitalité authorities tell them to get the shot.
Teare said her group saw a "higher uptake" among workers when clinics were held right in the nursing home.
She said if the province really wants to increase vaccination rates, it should "allow those in the nursing homes, in the long-term homes and special-care homes to be able to call their pharmacy and schedule an appointment."
At Tuesday's briefing, the province's chief medical officer of health initially said she wasn't aware of the restriction, but later said she was corrected by staff.
Dr. Jennifer Russell confirmed that workers at long-term care homes cannot receive their vaccine shots at pharmacies until their age cohort becomes eligible "but we are going to look at modifying that for the future."
The executive director of the New Brunswick Association of Nursing Homes, an advocate for all 70 licensed nursing homes in New Brunswick, also believes access is a big reason some workers have not been vaccinated.
Jodi Hall said a "snapshot" of the situation in mid-March revealed that 60 per cent of employees had received a vaccination.
"But that doesn't mean the other 40 per cent have refused," she said.
Hall said there have been some "access issues along the way."
She anticipates numbers to continue to climb since employees will be included as the second-dose round of clinics makes its way through the province.
"We know from other experiences that when these clinics were offered on site and highly accessible to staff that there was a higher uptake," said Hall.
Vaccine hesitancy in decline
Last month, Premier Blaine Higgs noted that "only 59 per cent of long-term care workers have chosen to be vaccinated," compared with more than 90 per cent of residents of homes and about 90 per cent of workers at regional health authorities.
Public Health officials were asked for updated statistics but did not provide them by publication time.
Jan Seely, president of the New Brunswick Special Care Home Association, said the number of vaccinated workers has increased over the last couple of months as workers get better access to vaccines.
She also said workers have had time to get familiar with the vaccines, their risks and benefits. She believes vaccine hesitancy declined as more information became available.
"Resistance levels amongst special care home staff are not a result of staff not caring about the safety of their residents."